The world is filled with different countries. In it are people who have their own set of beliefs, traditions, and practices that may seem odd to an outsider. Let’s take a look and see how some traditions and customs have helped shape different nations and how they view life’s milestones, such as death and getting married: 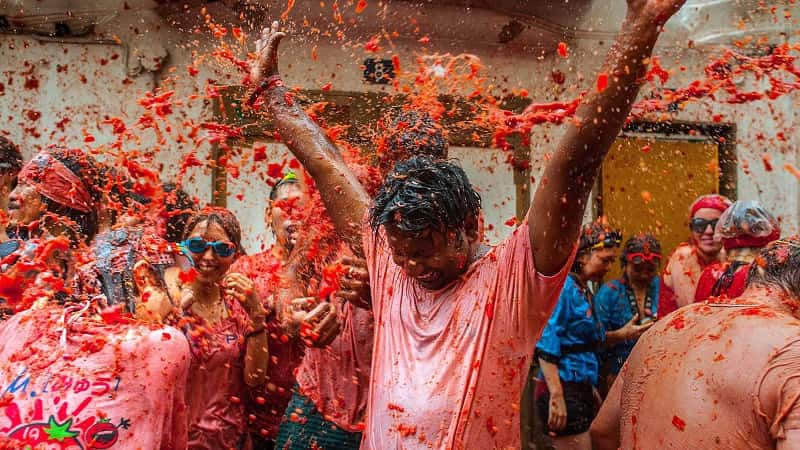 Strangest Traditions And Customs From Around The World

Famadihana – Dancing with the dead

The Malagasy tribe in Madagascar literally dances with their dead in this odd funeral tradition. This is a part of their Famadihana custom. The people of the Malagasy tribe take out bodies of their ancestors, rewrap them in fresh cloth and then head back to the burial place where they dance to lively music. This tradition is held every seven years but has since been in decline in recent times.

Late is Better in Venezuela

When you have an appointment with a Venezuelan, make sure to come in late. Yes, late! Venezuelans believe it is rude to come on time. It gives off the impression that the guest is greedy and too eager. Being late for 15 minutes is totally acceptable in Venezuela. If you have a habit of sleeping in maybe moving to Venezuela might be a good choice!

This is a pre-wedding tradition in Germany that may sound very weird to a lot of people: friends and family of the bride and groom get together and break dishes. The soon-to-be husband and wife have to clean up the broken mess. The purpose of this practice is to make sure that the couple will be able to work together, even during times of difficulty. Quite a waste of plates and saucers, don’t you think?

Before you jump into conclusions, it isn’t what you think it is. Newborn babies are thrown off a 50-feet high Sri Santeswar temple where family members are eagerly waiting below with a blanket to safely catch the infant. This is a tradition that has been going on for at least five centuries in Karnataka. It is said that babies are to receive good luck for the rest of their lives when they are thrown out of the temple.

Blackening the Bride in Scotland

The bride-to-be is prepared for holy matrimony by throwing all sorts of disgusting things at her. This could include eggs, dirt, and even rotten milk. As long as it is yucky, the bride will have it. Afterward, she is taken around the neighborhood where she is now a “blackened” bride. This pre-wedding tradition in Scotland acts as a metaphor for the trials and hardships she is about to endure when she begins a new chapter in her life as a wife. 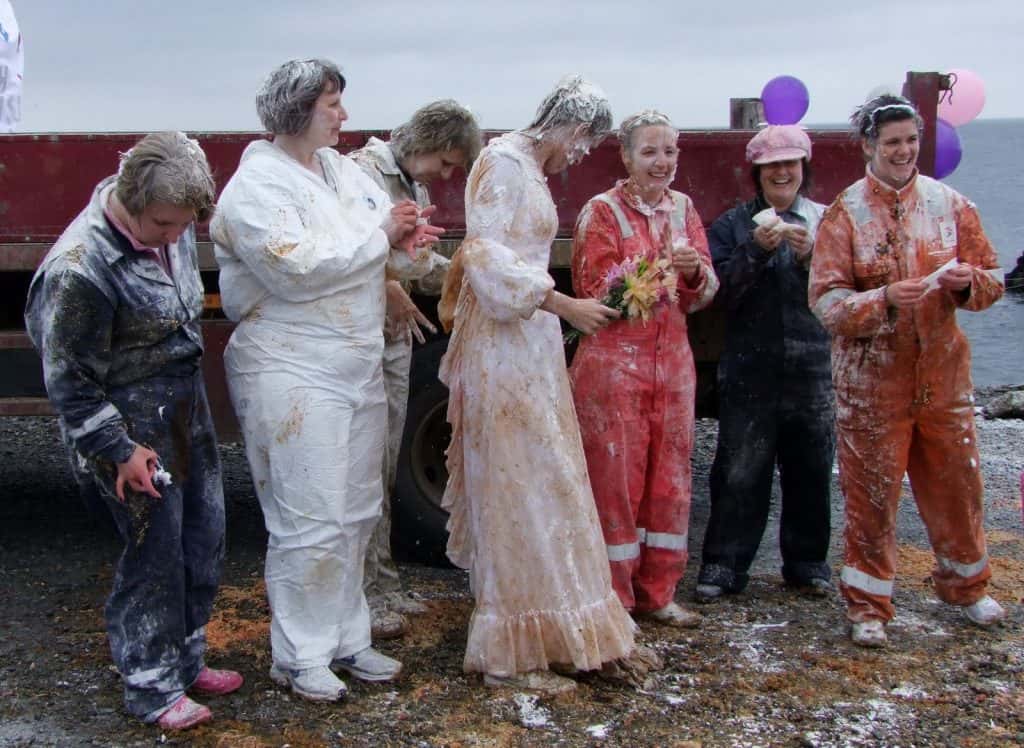 Blackening The Bride In Scotland

Whenever a family member passes away, the women of the Dani tribe in Indonesia have cut off parts of their fingers. This tradition may sound a bit barbaric to many, and thankfully this is a death practice that is now rarely done nowadays.

If you think you have what it takes to distort your face into weird positions then join the World Gurning Championship in England. “Gurning” means making a funny face. This oddly funny tradition has been around since 1267 and the English are taking things pretty seriously. In fact, four-time gurning champion Peter Jackman decided to have his teeth removed (ouch!) just so he can make faces more easily. Now that’s what we call dedication!