The Air Force One aircraft refers to any aircraft of the U.S. Air Forces which is carrying the current president of the United States and is in itself a national symbol of leadership. Ever since its inception in January of 1943, each and every American president has flown in these specially designed planes. The first president whoever got in one was Franklin D. Roosevelt, and the plane itself was a Boeing 314 Clipper flying boat. This was in the midst of World War II, and Roosevelt took the plane to the Casablanca Conference in Morocco during that time. A few years later, still in the midst of war, the U.S. Army Air Forces took hold of a Douglas C-54 Skymaster airplane and retrofitted it to be specially customized for residential use. The plane’s official designation was VC-54A, with the codename “Air Force One”, and a few of its major facilities include a conference room, a stateroom, bullet-proof picture windows, and even an elevator inside the plane for wheelchair-bound presidents such as Roosevelt. 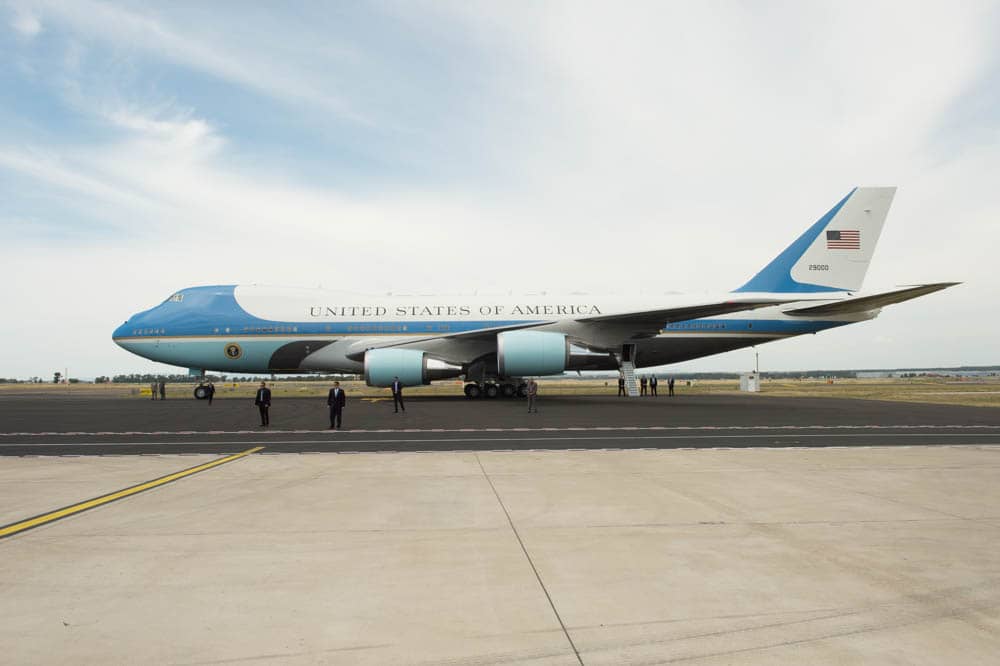 Air Force One Then And Now

Strictly speaking, the radio call sign “Air Force One” can be adopted by any Air Force plane just as long as the current U.S. president is aboard it. However, it has become common parlance to refer to the two specific aircraft which the current president uses as Air Force One. These are Boeing 747-200B jumbo jets which bear the tail numbers 28000 and 29000. These planes carry the Air Force designation VC-25A and were commissioned for presidential use in 1991, having been in service since then.
What makes these planes so special than your regular Jumbo Jet? Aside from the fully custom-made interior space, these are veritable command centers in the sky. Each plane is equipped with classified security and defense systems and even has countermeasures to protect it against the debilitating electromagnetic pulse of a nearby nuclear explosion or EMP device. On the upper level of the aircraft, a fully functional telecommunications center was built and is always in contact with numerous ground stations and satellites at any time of its flight. It’s as if the full functionality of the White House itself was crammed into the insides of these planes, and the president can either order a nuclear strike to anywhere on the globe at any time, or hold a conference meeting with his entire cabinet at any times he or she wants.

Of course, what would air travel be without the peace of mind that comes along with any quality flight. Besides being flying fortresses, the Air Force One planes are also used to transport government dignitaries, and as such, the utmost convenience and comfort should be given to them at all times. The entire middle level of the aircrafts contain accommodations for as many as 70 passengers, including up to 30 crew members. There are various seating and work areas for media representatives, security and military staff, and various guests. A conference hall/dining room is also found in that area, as well as an in-flight pharmacy and emergency medical bay. For the president, a special suite is located in the forward area of the plane, where it is most quiet, and includes an office, bedroom, and guest area. 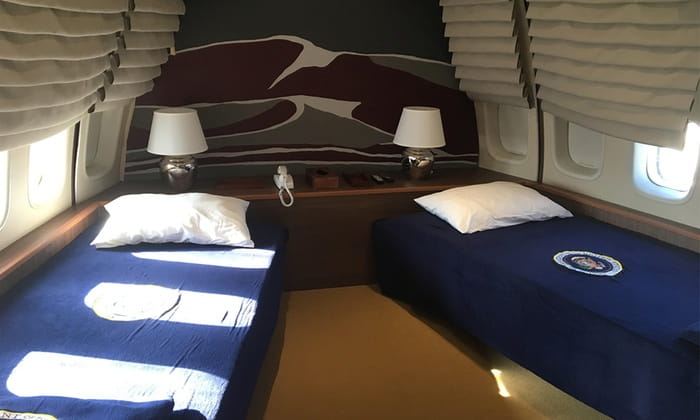 Each of these planes cost 2 to 3 billion dollars to build, which is mostly due to all the military and communications hardware installed in them. The two jets have a range of almost 12,000 kilometers or 8,000 miles without refueling and can stay in the air for any specified amount of time due to in-flight refueling capabilities. When not in use, they are maintained and based in the Andrews Air Force Base in Maryland, under the 89th Airlift Wing of the U.S. Air Force Air Mobility Command.