Dogs have different purposes. Some breeds are designed to be protectors of their masters, others provide companionship and may also serve as guide. There are also other breeds that are designed to stay in the company of royalties. Here we look at dog breeds known to be kept as pets of kings and queens. 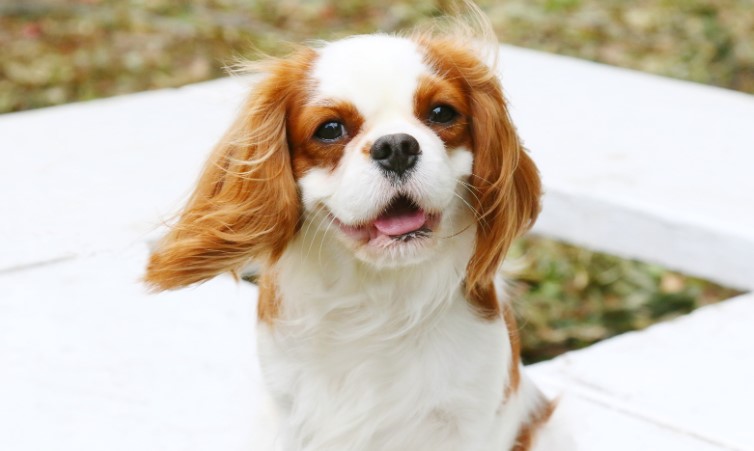 Pembroke Welsh Corgi is a breed of a dog well known and loved by the Queen of England (who has supported the breeding program for many years) and its origins. It dates back to the 1100s. The Pembroke is a friendly and active dog, introduced to England by the Flemings and raised in the house of Henry I. Although this breed has a history and many characteristics with the Cardigan Welsh Corgi, the Pembroke is actually much younger than the Cardigan.

The Greyhound is one of the oldest species known to mankind. Its history can be traced in almost every country in the world. Although the nobility surrounded the breed (it was only raised by the royal family in its early stages of development), England played an important role in the development of the breed, with the earliest illustrations of greyhounds dating back to the 9th century. Greyhounds are often used for hunting various animals such as deer, stag, fox, and hare. In the 18th century, they were used as racing dogs. This is known for being a lively and friendly breed of dog.

Although the exact date of the Shih Tzu is unknown, it is believed that it already existed during the Tang Dynasty (618-907). The Shih Tzu is said to have been bred in Beijing by the Chinese court and is the oldest and smallest sacred dog in Tibet. It was also preferred as pets during the Ming Dynasty and Empress Dowager Cixi. The Shih Tzu have long luxurious coats that requires regular grooming.

On the slopes of the Pyrenees, this dog is known as a royal breed and a working companion of the farm sheepdog. The Great Pyrenees is extremely loyal and affectionate and is said to be fearless as a guardian of its people and its flock.

The Pekingese is an ancient Chinese breed of dog that belongs only to the royal family. Stealing this breed of dog is punishable by death. It has appeared in Chinese art and history for a long time since the Tang Dynasty in the 8th century. Pekingese was originally named after the ancient city of Peking (now Beijing). In 1860, The British occupied the Chinese palace and returned to Europe with several dogs. The Pekingese is known for being happy, friendly, loyal, and cool.

The Conton de Tulear was called the “Royal Dog of Madagascar”. The breed originated in the 17th century and was specially bred by the nobles (monarchy of Madagascar). This breed is known to be a loving and happy companion, but requires regular grooming to keep its coat soft and thick.

Originally created for the sole purpose of escorting ladies to the Imperial Palace and warming the hands of the Chinese aristocracy, the Japanese Chin is rich in royal history. Raised to live in the literal sense of the word luxury and passed from China to Japan as part of a royal gift, Chin’s only job in a long career is to enchant and entertain his people. The Japanese Chin is funny, quiet and fussy. They are also smart, sensitive and sometimes stubborn but learns quickly. 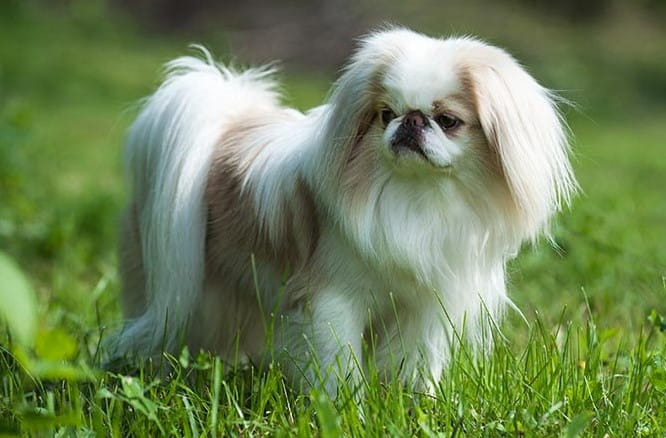 A true traveler to Europe, the Bichon Frize appeared in France during the Renaissance under Francis I and then Henry III. The breed became a favorite of the Italian nobility in the 14th century, and was also popular in Spain, becoming a favorite of the Spanish nobility as well as artists. Bichon with a name that means “fluffy white dog” in French and there is a small, charismatic and cheerful dog with curly white hair.